On June 9, 2018, we launched the #PRIMERACAMPAÑA (#FirstCampaign) for the prevention of gender violence in the Autonomous City of Buenos Aires and different municipalities in the province of Buenos Aires. Under the slogan, “ESPACIO LIBRE DE VIOLENCIA DE GÉNERO” (“Free Space of Gender Violence”), dozens of commercial establishments have joined this campaign. In the first neighborhoods of Buenos Aires where the awareness campaign has been disseminated, the slogan poster was placed in visible areas of their business. Volunteers placing the poster in a restaurant in Constitution (Autonomous City of Buenos Aires).

In this way, G.E.S. wants to add its contribution to the effort being made by Civil Society organizations, the media, and a very important part of society, to bring to light a problem that affects everyone equally, and especially women and adolescents of vulnerable environments.

The Spanish city of Santiago de Compostela was a pioneer in launching the #CompostelaEnNegro campaign, distributing posters with the slogan “25N Compostela en Negro” in 2015. This campaign sought awareness and social denunciation of gender-based violence. From the success of the call, neighboring municipalities joined. In 2017, the campaign spanned 75 municipalities through more than 6,000 establishments that lent their space to visualize the message that can be seen throughout Galicia, which says “ESPAZO LIBRE DE VIOLENCIAS MACHISTAS” (“Free Space of Machismo Violence”). In this was, both sensitized and carried out actions of prevention and awareness.

The Campaign in Buenos Aires and the Federal Capital The campaign has been carried out recently in the city of General Villegas with a great commitment of local businesses.

The idea of replicating the campaign in Argentina in response to the serious problem of gender violence today is born from the need to disseminate and stimulate an active conscious and to make a public denunciation of the situations of violence in everyday life. Asociación Civil G.E.S. has been working for years on the prevention of violence in adolescent dating through specific training for promoters and preventive promoters of gender-based violence.

The choice of the violet color as the background for the campaign’s message relates to the struggle of women in defending their rights. In this way, G.E.S. renews its commitment to this struggle, which was assumed since the founding of the organization.

Dozens of volunteers have participated in the delivery of posters in different neighborhoods, in the capital, and in the cities of Coronel Pringles, with the support from a group of alumni and General Villegas, where the campaign is supported by the municipality. Soon, we will expand to other neighborhoods in Buenos Aires, different cities in Buenos Aires, and other parts of the country. Due to the great acceptance of local businesses, massive popularity is expected in the coming days.

Participating in the campaign is easy, the idea is that commercial premises adhere to the campaign by lending their space to spread the message. To do this, there are adhesives and posters that are placed outside (on a door or window) or a visible place inside the establishment. Take a photo at the time of placing it and share it with the hashtag #BASTADEVIOLENCIADEGENERO (#EnoughOfGenderViolence). You can request the materials in digital form or via mail, just get in touch with Asociación Civil G.E.S. by email or phone. 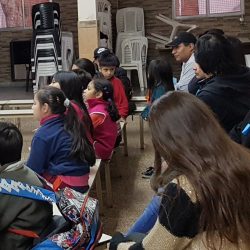 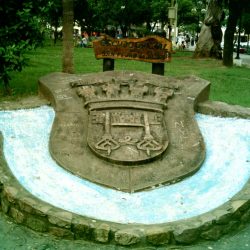 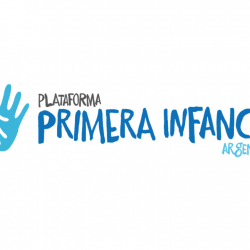